To my parents, Vassiliki and Dimitri, who, though uneducated, taught me everything important I know in life!

About a year ago I self-published online this book’s first edi­tion. It was fast, cost-effective and allowed for ease in later correcting and updating a hardcopy second edition.

I was able to publish just before the UN’s 3rd Annual Conference on Dis­as­ter Reduction, held March 2015 in Sendai, Japan. That conference produced the Sendai Framework for Disaster Risk Reduction: 2015-2030 (SFDRR), a milestone agree­ment signed by 187 nations. It is a document on the level of im­portance of the 1992 UN Framework Convention on Climate Change, de­vel­oped at the Earth Summit in Rio de Janeiro. SFDRR will have major future ramifications on how govern­ments, business and societies strengthen resil­ience in the face of disaster hazards.

SFDRR still remains below the radar screen for the vast majority of government officials, businesspeople and the general public, with scant media coverage. Nonetheless it has unleashed a stream of activity that will raise its visibility in the coming decade.

One of these actions was integrating several private sec­tor initiatives of the UN Interna­tional Strategy for Disaster Reduction (UNISDR) under a single umbrella. This was launched Novem­ber 2015 in London, as the Alliance for Disaster Resilient Socie­ties (ARISE). I was elected to its 12-member board. With initial membership of over 100 private sector entities, it represents a geographic, size and multi-sectoral mix that in the coming years promises to grow and contribute to achieving the goals of SFDRR.

Metrics, awareness and disclo­sure, as well as public and private policies, programs and incentives will drive broader business engagement. These will catalyze the emergence and growth in resilience-related prod­ucts and services that forward-thinking businesses can capital­ize on.

On the other hand, much remains to be done in changing pub­lic, business and social habits and attitudes that inhibit and deter adopting resilient policies and behaviors, as well as addressing resilience opponents. Unless we identify, spotlight and address these barriers, pro­gress will be slow and difficult. This subject remains the primary purpose of this book. Thank you.

In 2014 I retired as CEO of Titan America, a US construction materials company. 57 is not your typical retirement age. After 35 years in business, 20 as CEO, I felt the need to pursue my passion: advancing the globe toward a more disaster-resilient built environment. Over time, I had accumulated a breadth of experience and knowledge on the building industry, the condi­tions under which it operates and what makes it tick; prior work in Europe and the Middle East gave me additional perspectives.

My fire-in-the-belly was nurtured from personally surviving numerous disasters: two earthquakes (my paternal home of Greece), two hurricanes (my present home of Florida), an industrial fire, and the 9/11 World Trade Center.  After the last I realized the need to serve a deeper purpose – beyond running a business. Increasingly, I questioned why many building decisions were made the way they were, and after failures what could have prevented them. In the process I delved into the murky waters of codes.

Aiding me was my engineering (MIT) and business (Harvard) back­ground. This was not simply a technical matter but a socio-economic one. I dived into the rising wave of sustainability but discovered that it was missing one essential element: Resilience.

Never a prior fan of the United Nations, in 2010 I met Margareta Walhstrom, head of the UN’s resilience initiative – the UN International Strategy for Disaster Reduction (UNISDR). We shared common interests and she invited me to join a group of business leaders; the UN’s effort to engage the business community impressed me. In 2011, this evolved into the Private Sector Advisory Group (PSAG) of the UNISDR. I served as its first chair until 2013 and have remained active ever since.

This book is my first attempt to document my life’s observations and thinking on the subject. I do not consider it a scholarly writing. If it does not meet academic standards, it was never meant to. Its purpose is to stimulate critical thinking and discussion, which will lead to action.

I am sure that many will differ and disagree with me or defend the status quo. I invite them. There will be no progress unless we challenge what we do and seek to improve on it.

I do not aim to profit from this writing. Any and all proceeds are as­signed to Resilience Action Fund, a non-profit organization I started. All my life I was on the receiving end of activism. Now having graduated from corporate life I can finally be an activist myself.

Only God is perfect. Therefore, I acknowledge the opportunity to correct, update and improve future editions. Your feedback and suggestions to this effect are most welcome and invaluable.

Thank you for the honor of your attention!

I wish to acknowledge the following people and companies for their assistance, advice and support (listed alphabetically):

In addition I wish to thank my daughters Angelina and Eliza for their perspectives from a younger generation, Florian Barth for his years of encouragement, Dimitri Papalexopoulos for helping me move to the next phase of my life and finally all my friends at UNISDR for sharing the passion and vision of a more hazard-resilient world.

I accept full responsibility for any errors and omissions. The opinions expressed in this book are mine and should not be viewed as representing those of any parties herein referenced or acknowledged.

In the new millennium, sustainable development (also known as “sustainability”) became a popular topic among many policy, business and academic circles. What it means depends on whom you talk to and what they are advancing.

In 1987, the United Nations World Commission on Environment and Development published a report titled “Our Common Future”. Known as the Brundtland Report (named after the commission’s chair, former Norwegian Prime Minister Gro Harlem Brundtland) it offered this succinct definition:

Development that meets the needs of the present without compromising the ability of future generations to meet their own needs.

The report contains the word “environment” over 600 times, “government” around 300 times, and “risk” 108 times. “Disaster” is refer­enced 24 times. Yet there is no mention of “resilient” and only a single happen­stance of the word “resilience”. Overall the report was written by government for government, to sound an alarm on the rising risks from failing to act and collaborate on the environment.

Five years later the Earth Summit in Rio de Janeiro put forward the UN Framework Convention on Climate Change. Since then, sustainability evolved into a very active ‘green movement’. This took many forms and faces…from conservation, to resource efficiency, to global warming, to climate change, to biodiversity; its overarching theme being the relationship of humans with nature. In essence the green movement focused on “protecting nature from humans”.

However where in sustainability do we address ‘protecting humans from nature’? Is this not a fundamental need of both present and future genera­tions? Perhaps the green movement implies that if we succeed in pro­tect­ing nature, somehow nature will reciprocate and automatically protect us.

Certainly treating nature well is better than treating it poorly, but is no guarantee of being protected. Nature acts predictably and unpredictably in both benevolent and malevolent ways. While modern-day humans exert greater influence than our predecessors, natural forces still hold the upper hand.

The point is: while being good to nature is important, it is not enough.  To be sustainable we must also effectively protect humans from both nature and themselves. Therein lies the essence of resilience.

The green movement spurred a drive towards ‘green development’ and ‘green investment’. But what if these investments are not resilient? Is de­stroying a green asset not a double loss?

There is no greater blow to sustainability than destruction. It is failure, independent of the lost asset’s green qualities. Therefore being resilient is an essential prerequisite for being ‘sustainably’ green.

What is resilience?  The UNISDR defines it as:

The ability of a system, community or society exposed to hazards to re­sist, absorb, accommodate and recover from the effects of a hazard in a timely and efficient manner, which includes preserving and restoring essential basic structures and functions.

This provides for many scopes and perspectives of resilience: from nar­row, such as the resilience of an aircraft part; to broad, such as how well peo­ple within society co-exist with each other. Resilience can refer to something material and non-organic like a bridge or a building wall, or organic and liv­ing like a plant or a human body. These have similarities but also differences.

This book focuses on resilience of material/non-organic systems. Living/ organic systems differ, in that they possess particular capa­bilities not found in non-living systems, like adaptability and evolution. So­cial and ecological systems behave similar to the living/organic world. Since most literature on resilience focuses on concepts related these latter types, not making the distinction often creates confusion when we refer to resilience in the material/non-living systems. Obviously the material/non-organic world af­fects the organic/social one and vice versa.

Resilience is a system attribute rather than a disjointed collection of re­silient parts. In reality systems are nested within systems. A window is a part within a building system, a structure is part of an urban system, and a city is part of a socioeconomic system.

At any level a non-organic system’s resilience can be characterized by three sequential properties: Resistance, Redundancy and Contingency:

This book focuses on resilience of the built environment for three rea­sons:

Finally the built environment is the author’s primary area of experience and knowledge. More specifically we will focus on lessons learned in the United States (US). Though you may consider this limiting, it will prove to be very useful.

Over the past century the US made the world’s largest investment in de­veloping its built environment, as the country grew and prospered.  However today this investment suffers one of the highest failure rates. This makes the US an excellent case study for the developing world, which is planning an unprecedented period of economic growth.

In doing so I aim to demystify and shed light on the processes by which the built environment is created in a language that hopefully everyone can un­derstand. 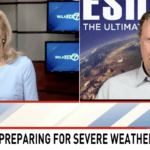 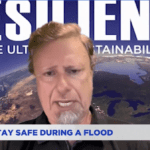 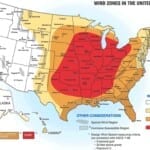