he book makes the case that non-resilient hazard-vulnerable urban development is both economically and environmentally unsustainable.

The book makes the case that non-resilient hazard-vulnerable urban development is both economically and environmentally unsustainable. It uses the US as a case study to identify the policies and drivers of vulnerable investment and to help all countries avoid those pathways that subsidize and encourage greater risk taking. It draws attention to the UN Sendai Framework for Disaster Risk Reduction: 2015-2030, signed in 2015 by 187 countries. This seldom-publicized accord, whose scope is broader than climate, is noted in both the Paris Agreement and UN Sustainable Development Goals that followed it. Global statistics by the UN International Strategy on Disaster Reduction (UN-ISDR) indicate that average annual economic losses from natural disasters now exceed $300 billion and continue to escalate alarmingly, with the US ranking #1 worse.

The book informs policymakers, businesses and the general public in a jargon-free easy-to-understand language, on the many unknowns and misconceptions regarding hazard risks, the limited protection offered by building codes, the challenges to private and public insurance and the importance of consumer awareness and choice. It spotlights the gap of inadequate public disclosure and education created by both governments and the building/property industry regarding the vulnerability of homes and buildings. It concludes with 30 lessons for all nations to assure their economic development is hazard resilient and reduce the human suffering resulting by disasters.
 

The author is a MIT/Harvard-trained retired construction industry executive, who collaborated with UN-ISDR for over 5 years, contributed to the drafting of the Sendai Framework and is Distinguished Expert in Resilience at Florida International University’s Extreme Events Institute.

The Spanish translation will aide cities, governments and businesses to better prepare for the bi-annual UN Global Platform for Disaster Risk Reduction, which be held May 2017 in Cancun, Mexico. All book proceeds go the RAF, a non-profit organization.

Resilience Action Fund is a US 501(c)3 non-profit organization established in 2015. Resilience Action Fund (International) is a UK charity company established in 2016. Both share the mission of advancing awareness, transparency and education for greater resilience in the built environment against natural and other hazards. The mission is closely aligned with the goals of the UN Sendai Framework for Disaster Risk Reduction: 2015-2030, signed in 2015 by 187 countries. For more information please contact: [email protected]
Follow us @ResilienceAF 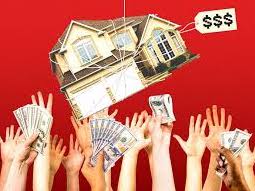 In a hot property market, make full or premium price offers on resilient homes, not vulnerable ones. 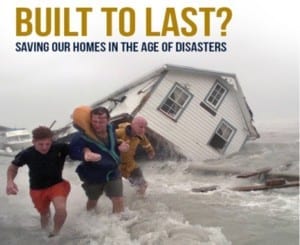 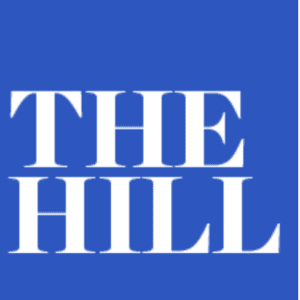 This content is also available in: Español (Spanish)https://thehill.com/policy/energy-environment/556041-experts-warn-us-needs-to-better-prepare-for-hurricane-season Experts warn US needs to better prepare for hurricane season BY RACHEL FRAZIN – 05/30/21 04:06 PM EDT (Excerpt) In February, a group called the Resilience Action Fund, which seeks to promote community resilience, wrote an open letter to the Biden administration calling for additional actions such as requiring minimum resilience standards for federally funded