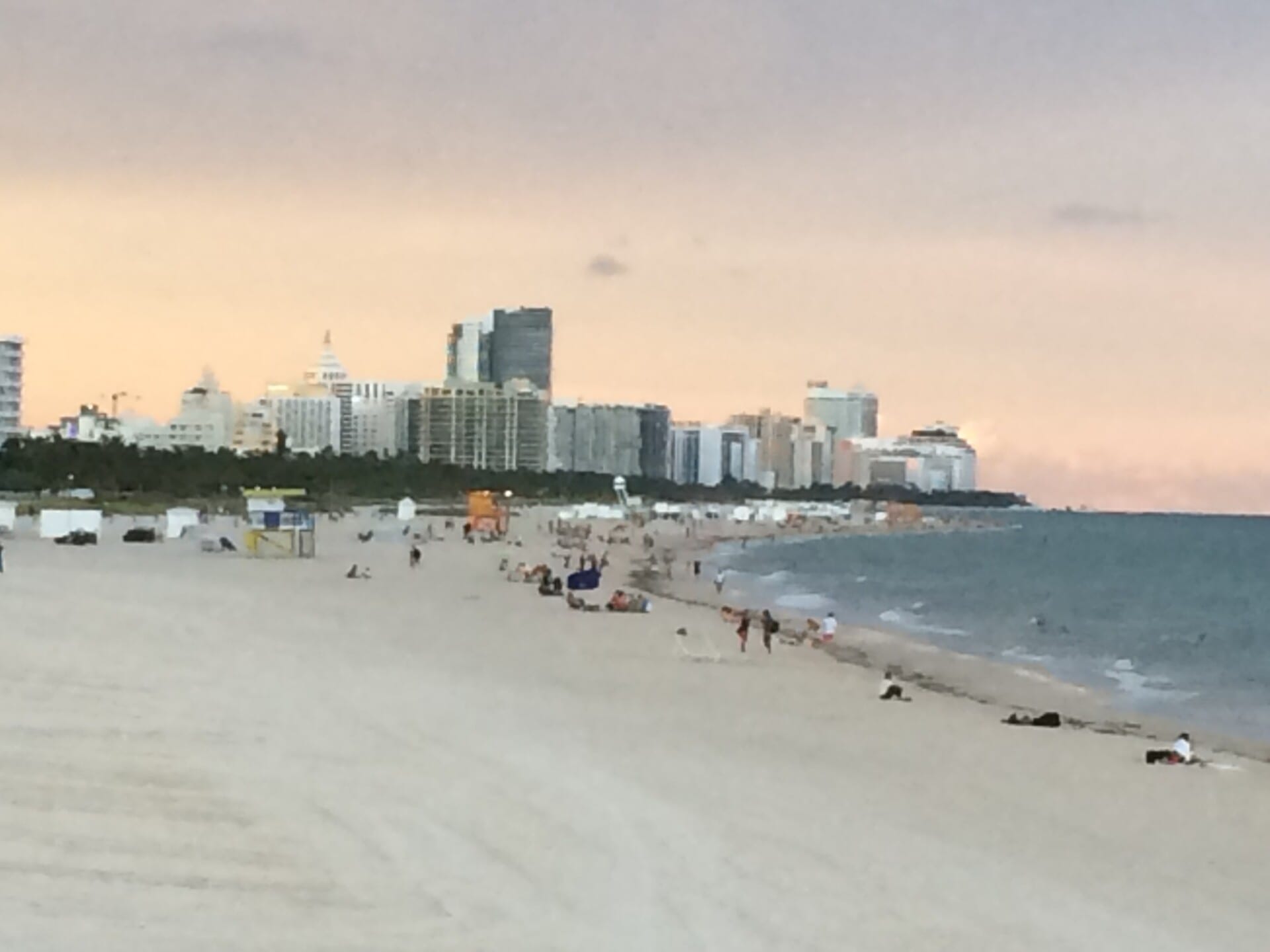 The City of Miami Beach’s elected representatives and staff have shown commendable leadership and initiative in taking-on its flooding issues. Such leadership comes with challenges and learning from experience is a sign of strength and progress. It is in this spirit that Resilience Action Fund (RAF) shares thoughts and suggestions for improvement. On February 18,... 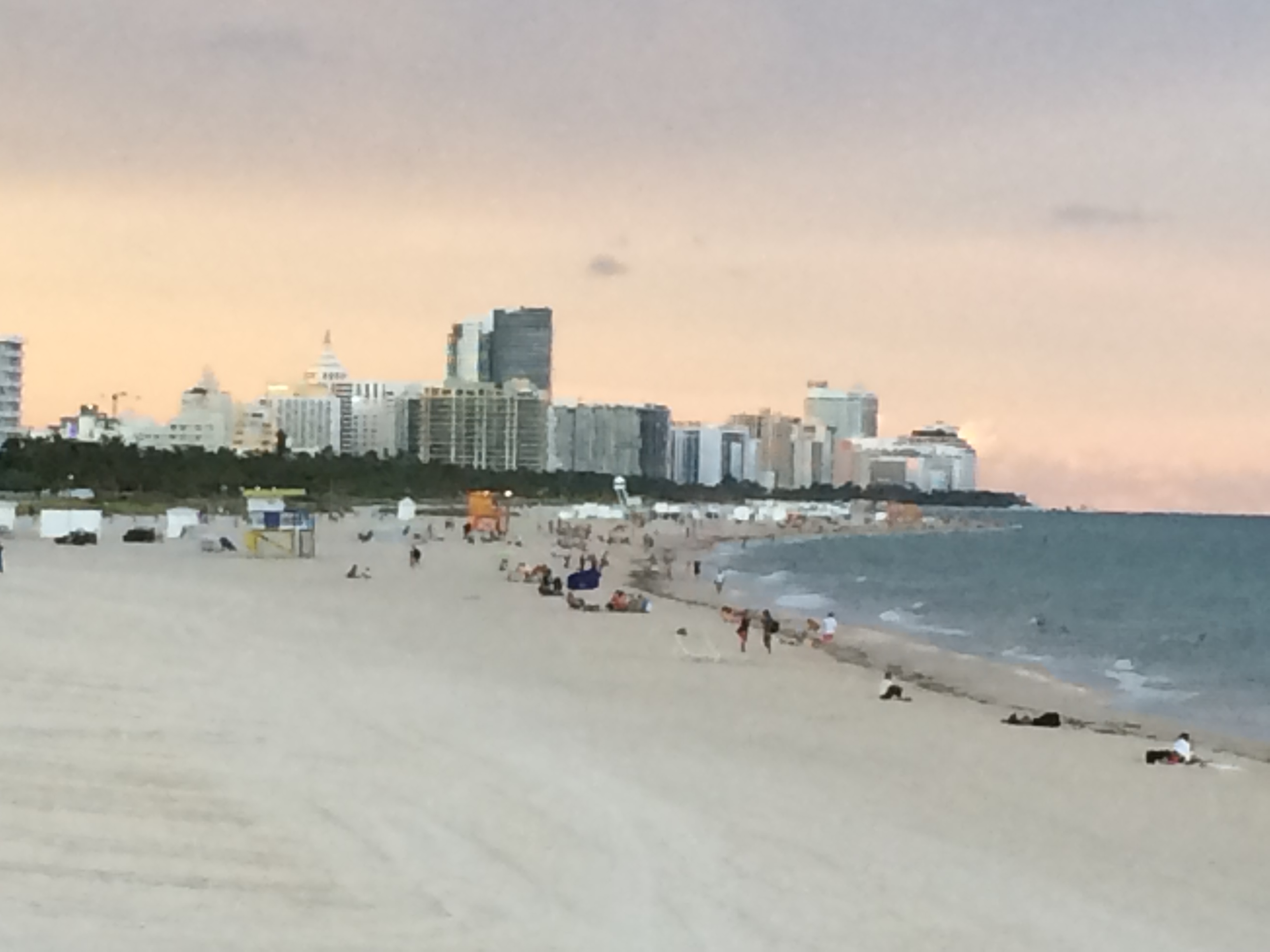 The City of Miami Beach’s elected representatives and staff have shown commendable leadership and initiative in taking-on its flooding issues. Such leadership comes with challenges and learning from experience is a sign of strength and progress. It is in this spirit that Resilience Action Fund (RAF) shares thoughts and suggestions for improvement.

On February 18, 2020 the City of Miami Beach Land Use & Sustainability Committee held a public meeting. Discussion included lessons learned from road-raising projects, residents’ concerns over a planned 3-story pumping station on the Bay-side of Lincoln Road and difficulties of changing awarded design-build contracts.

RAF’s Founding Chair attended the entire meeting and offered brief verbal comment, including an apparent disconnect between Miami Beach’s Transportation Master Plan and road raising. His full comments follow, as promised, in the format of things Miami Beach (MB) might consider to enhance the chances of success.

MB’s 2017 Transportation Master Plan (TMP) is an impressive 266-page report, presumably planning 35 years out, and contains a vast amount of information and analysis on current and future transportation issues. With one enormous and alarming omission.

In a city pre-occupied and spending hundreds on millions on flood-related projects, the report contains zero mention of the words ‘flood, flooding, resilient or resilience’. Its as if written for MB on a different planet.

It appears that when MB contracts for a study or plan, other related plans/studies are not customarily integrated. For example, I could find no indication that Jacobs looked at the TMP in its recent review of street elevation priorities. This creates silos and confusing disconnects in developing a unified resilience strategy for the future.

The Urban Land Institute a few years ago recommended MB plan more broadly to ‘live with water’ and better communicate such planning. However, MB continues its rather narrow focus on short-term projects, with little discussion of what a future ‘living with water’ vision might look like. Such a public discussion is needed and should engage local, national and non-domestic stakeholders, as Miami is an international city and its future residents, investors and visitors are around the world.

So far MB’s street-flooding project priorities appear to be based on visual experience, i.e. where flooding has been the most visible. While this cannot be ignored, it is not the sole criterion for prioritizing projects.

The TMP identifies and categories roads into major arteries, artery feeders and local roads. It provides detailed current and projected auto and truck traffic volumes. MB’s highest priority should be to assure that its arteries and feeders are resilient to flooding, even in the event of a major hurricane (Cat 3+) direct hit.  These roads need to remain functional for evacuation, response and supply needs.

While resident input for these priority projects is recommended, the implementation choices may be driven by necessity, rather than popularity.

In recent years, local road elevation has become a contentious issue in MB’s single-home neighborhoods. The idea of a house sitting at a lower elevation from its street does not feel or look good to many. The perception of a higher property flood risk is real. For homeowners a flooded street is a major inconvenience, but a flooded home is a major loss. MB’s current top-down approach is facing growing opposition and it may be time to consider alternate bottom-up approaches.

MB would benefit by helping neighborhood entities develop their own flood-management recommendations, instead of trying to force-feed solutions. To support this MB would supply information, analyses and perhaps even pay for experts to work with individual neighborhood teams.

Ideas can range from a combination of street flooding tolerance, road elevation, pumping, and even road excavation to create future waterways (thus giving up local car routes). Hence, roles would switch from MB trying to convince residents, to residents aiming to convince MB to accept, prioritize and fund their recommendations.

Equally important, in the process local residents will seriously need to consider options regarding their own individual properties.

Most residents and buyers choose to live on MB not for jobs, schools or family, but for its aesthetics. Aesthetics is an important component of life quality and market value perception.

I sense that to-date aesthetics has been more often the afterthought, rather than a primary consideration in MB’s numerous studies and projects. MB would benefit by elevating aesthetics to a primary criterion in comparing options.

An example is the discussion regarding the 3-story pump station designed for the bayside end of Lincoln Road, facing several multi-story residential buildings. The afterthought was ‘we’ll just paint it nicely’. The early aesthetic question would have been: where can we best hide these massive unsightly stations?

Continuing on the last example, integrated planning means serious considering siting options such as locating pump stations inside nearby buildings that are being newly built or significantly renovated. There have been numerous such developments in the subject areas, with more coming. Win-win deals can be reached with developers to make this happen. The pumps only operate during extreme conditions and should not be a noise nuisance.

A topic not publicly discussed is the ultimate amount of electric power (and/or standby fuel) needed to operate all these pumps. Does FP&L have the distribution to supply all future power? How long will any planned fuel storage supply last and how will pumps remain fueled during extended storm events?

Another question is what back-up and maintenance is required to keep these pumps functioning reliably, in case some fail when needed years down the road.

Continuing the prior topic, is the ultimate pumping solution consistent with a low-carbon future?

What is the future role of water transport and which roads could become future waterways?

What is the future role of floating homes and where might these be located?

What is the future role of aerial supply, and perhaps human, transport (drones etc)?

How can MB encourage and stimulate private investment in resilient sustainable innovative solutions?

While tidal and sunny-day flooding are visual and public-image nuisances, the real ‘black swan’ for MB is a direct hit by a Cat 3+ hurricane. Such an event should be considered highly likely in the 30-year planning horizon, and therefore be a core element of resilience planning.

Current solutions simply shrug in accepting that MB will flood everywhere in this event. But should they?

How might single-family neighborhoods fare during a hurricane under different road elevation scenarios? Will the lower lying properties become the water streams, instead of the higher roads, thus worsening flooding? Will water-borne debris, including floating vehicles collide with and demolish more homes? These are among the questions that deserve to be analyzed when considering alternative solutions.

I am surprised that MB has not ordered dynamic simulations of how alternate solutions will behave under a wide range of hazard conditions (including hurricanes). Such simulations are one of the best ways to publicly communicate what different neighborhoods might experience under different solution levels. They become a key input for developing an integrated plan.

Such simulations are strongly recommended for any projects MB is studying or designing.

MB could easily integrate two proven water-resilience practices in its own and private road/ parking projects.

The first is using full-depth reclamation for all public asphalt roads being resurfaced. This is a method of recycling the worn top coat in the new base, thus making it more resistant to flooding and reducing waste.

The second is requiring that all new and repaired public and private driveways, sidewalks and surface parking areas be made with pervious concrete or asphalt pavement. It more easily allows surface water to drain into the ground. This requirement can also be extended to local roads that have minimal truck traffic.

These policy adjustments can immediately benefit MB’s flood resilience and are highly recommended.

Many public and private projects prefer Design-Build (DB) contracting, as it places a single-point of responsibility on one entity. DB works best in ‘cookie-cutter’ type projects that have been performed multiple times and projects that do not face major scope uncertainty, due to local conditions, permitting or community interface/input.

Current road-raising/pumping projects in MB are anything but ‘cookie-cutter’ and involve considerable local condition, permitting and community interface/input uncertainties.  As such, MB risks significant change order charges and disputes under such conditions.

It would be beneficial to examine project scope-cost performance to-date. I would recommend considering to extend initial scoping/design phases through the resolution of major uncertainties, before issuing contracts that commence detailed engineering and construction.

A heightened sense of urgency exists among many MB officials. Many note that time is running out, public confidence is at-risk and delays will raise costs, because the bar is going up.

While such sense of urgency is positive, the amounts involved and impact on communities is too significant to bypass integrated planning based on broad stakeholder engagement. Such plan development need not delay critical arterial road and sewer infrastructure projects. It will require performing dynamic simulations of solution scenarios, as discussed earlier.

In closing, MB has the opportunity to become the global role model for successful resilience adaptation. Experimentation is part of the process and some errors will be made. These ideas are meant to help MB adjust its course and prepare itself for the next century.  A dynamic and integrated plan to ‘live with water’ will help raise the confidence of current and future stakeholders and investors in committing to achieve this potential. 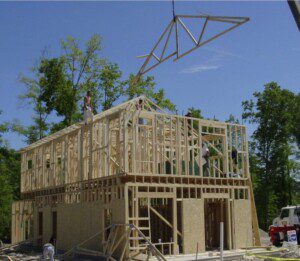 Resilience is the lowest cost option for consumers and society, but homebuilders may need incentives

Homeseekers now have help in picking a resilient neighborhood and home

80% of you hazard vulnerability is determined when you select a neighborhood or house. Now you have help. 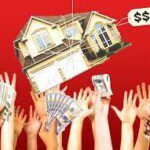